In a rare move, the agency that oversees and licenses contractors filed a complaint against Tempe-based Fulton Homes related to unlicensed labor on its property.

The complaint, filed Oct. 25, potentially signals a shift in state regulators’ efforts to enforce unlicensed labor laws by targeting a prominent company at the top of the construction food chain.

The old-timers still call it “the Bullet.”

The name refers to the shape of a developed portion of a 640-acre parcel of Surprise desert, the rest of which is empty except for occasional grazing cattle.

The land was once owned by Luke Air Force Base, and long-neglected landing strips are still visible from the air.

The owners of the shuttered Mountain Shadows resort in Paradise Valley have hit two milestones that could lead to a revitalized property.

MTS Land LLC and MTS Golf LLC have entered into a settlement with their lender, U.S. Bank National Association, in Bankruptcy Court.

Rick Carpinelli, senior vice president of development for Crown Realty and Development, said the agreement contemplates that the debtor will receive the benefit of a discounted payoff if the loan is paid off within a specific time frame. 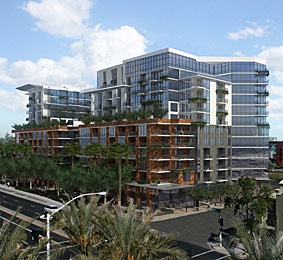 Apartment living is about to jump in Scottsdale as a growing number of new complexes near completion, while others begin construction.

The first units of various new complexes are available for leasing in the southern, central and northern parts of the city.

One high-profile apartment project, Gray Development Group’s Blue Sky, however, has yet to come out of the ground since it was approved by the City Council in April 2011. The site is on the eastern side of Scottsdale Road, just north of Camelback Road and across from Scottsdale Fashion Square.

The parent of Scottsdale-based Maracay Homes is being acquired by TRI Pointe Homes in a $2.7 billion deal. 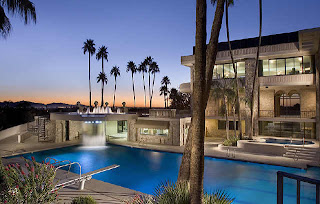 Like the economy, the supply of million-dollar homes in metro Phoenix is bouncing back.

There are 7,400 such houses in the Valley, according to the latest data from the Maricopa County assessor. Most are in Paradise Valley and north Scottsdale, but mini-mansions and sprawling estates also are popping up again in Peoria and Glendale. In the southeast Valley, almost 200 houses are worth $1 million or more.

Condominiums worth seven figures are located in Scottsdale, Tempe and central Phoenix.

The Gilbert Town Council on Nov. 7 approved a development agreement that officially will bring Chicago-based St. Xavier University to the downtown Heritage District with a four-story building directly west of the Heritage Marketplace site.

Gilbert will pay to design and construct the university building on town-owned land near Gilbert Road and Vaughn Avenue, next to the site of a public parking garage where construction will begin next month.

St. Xavier will make lease payments to Gilbert that cover the cost of the building as well as fair market value for the land, Town Manager Patrick Banger said. The building cost has not yet been determined.

A mixed-use complex with high-end condominiums and retail-office space is slated to be built on vacant land near downtown Scottsdale’s Hotel Valley Ho.

A rezoning request for El Dorado on First was submitted to the city last week by North American Development Group. It would be built on the southeastern corner of First Street and El Dorado Lane, west of Goldwater Boulevard.

The current zoning allows multifamily residential and light office, and the rezoning would expand that to include retail, said Dan Symer, senior city planner.

The three-story building will include seven condominium units and 4,500 square feet of street-front commercial space. The design team includes North American Development and Will Bruder Architects.